Precision Agriculture: Are We Helping the Environment? 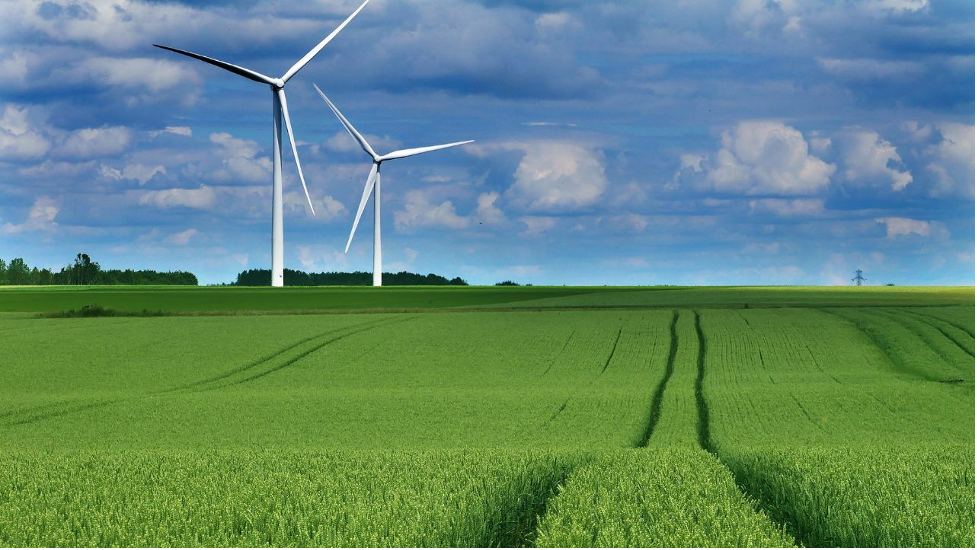 One of the biggest challenges facing human society will be the food crisis and the issue of food safety and health in proportion to the increasing world population. On the one hand, the increases in the population and, on the other hand, the lack of production of raw materials caused agriculture to change from a traditional state to an extensive industrial state in recent decades. But the indiscriminate and inappropriate use of chemical inputs (poisons and fertilizers) in various stages of industrial agriculture will face human society with new challenges, including the emergence of new pests and diseases and the resistance of pest and disease species and weeds to chemical poisons. Also, the waste of toxins in the soil has adverse effects on soil organisms and if absorbed by plants, it enters the food chain and leads to adverse effects on plants, humans, and other organisms. All the mentioned points above cause agriculture to have harmful effects on the environment.

Unprincipled agriculture leaves various effects on the earth and environment, and we intend to examine each of them separately:

Water is one of the main elements of nature, a vital resource for every biological and human phenomenon. After oxygen, water can be considered the most essential natural resource for the continuation of life on earth. The prediction of the world assemblies indicates that the world population will increase to 9.2 billion people by 2050, and as a result, the demand for food will increase by 70% and energy consumption will increase by 40%. Also, according to the predictions, by 2030, the world will face a 40% water shortage, and with this trend, soon, many areas will experience severe water shortages or droughts. In Iran, due to the location of the country in the arid belt of the earth, many areas are dry and semi-arid, and for this reason, the water crisis becomes doubly important. The reports of the Food and Agriculture Organization of the United Nations (FAO) show that the reserve of water resources is decreasing in 93 countries, while there is no substitute for it. It should be noted that Iran is one of the 10 countries that are at the top of the table in terms of water scarcity.

The crisis caused by the lack of water resources is a serious threat to the environment and human health and well-being. Currently, the agricultural sector accounts for the largest share of water consumption (70% on average). In Iran, this number is 92%. The excessive extraction of water resources in the agricultural sector has reached the point where 355 of the 609 plains in Iran have been declared “critically prohibited”, meaning that it is forbidden to create wells in them due to the decrease in the level of underground water. It should be noted that natural resources are not unlimited and often have little reversibility in case of contamination or loss or may never be able to return to their original state.

The air we breathe for free is not so free!

It may be a common perception that air is a vast and transferable resource and therefore we don’t need to worry about running out of it, but in fact, it is “clean air” that deserves more attention from us as a limited and extremely valuable resource. The introduction of toxins and toxic pollutants into the earth’s atmosphere has serious environmental consequences and is considered a serious threat to life on earth. One of the reasons for climate change in the world is the increase in the concentration of carbon dioxide in the atmosphere, but agriculture and forestry with a 24% share in the emission of greenhouse gases (and carbon at the top of them) play a significant role in creating consequences related to climate change. Due to the high carbon storage of the soil, the smallest change in the amount of organic carbon stored in the soil has very large consequences on the concentration of carbon in the atmosphere; In such a way, wrong agricultural operations such as indiscriminate plowing and destroying native plants increase the amount of carbon in the atmosphere. In addition to the atmospheric consequences, the loss of soil carbon storage also causes the loss of the physical and chemical structure of the soil, and in general, it is one of the main effective factors in increasing global warming.

The food chain of all ecosystems originates from the soil. To realize the importance of soil as a limited vital resource, it is necessary to know that soil formation is very time-consuming, and its improvement and fertility will be very costly. Wrong actions such as burning the remains of agricultural products to control pests and speeding up the plowing operation for the next crop, cause a decrease in the level of nutrients in the soil, a decrease in permeability, a decrease in the activity of beneficial microorganisms and, in general, an adverse effect on the quality of the soil.

Pollution of Surface and Underground Water

Nitrate and phosphate are two major groundwater pollutants, which originate mainly from agricultural activities. Two Greek scientists and researchers conducted investigations in this regard, which determined that the main reason for the increase in nitrates in underground water is the rapid leaching of chemical fertilizers in agricultural areas, which increases the salinity of water and soil and reduces its quality. The use of chemical fertilizers has caused an increase in nitrates in surface and underground water, which leads to an increase in water nitrogen. After that, the rapid growth of aquatic weeds and the blocking of the rivers will happen, and the increase of algae on the surface of the water prevents the light from reaching the lower depth, thus indirectly reducing the oxygen reserve needed by fish and causing the death of aquatic animals. 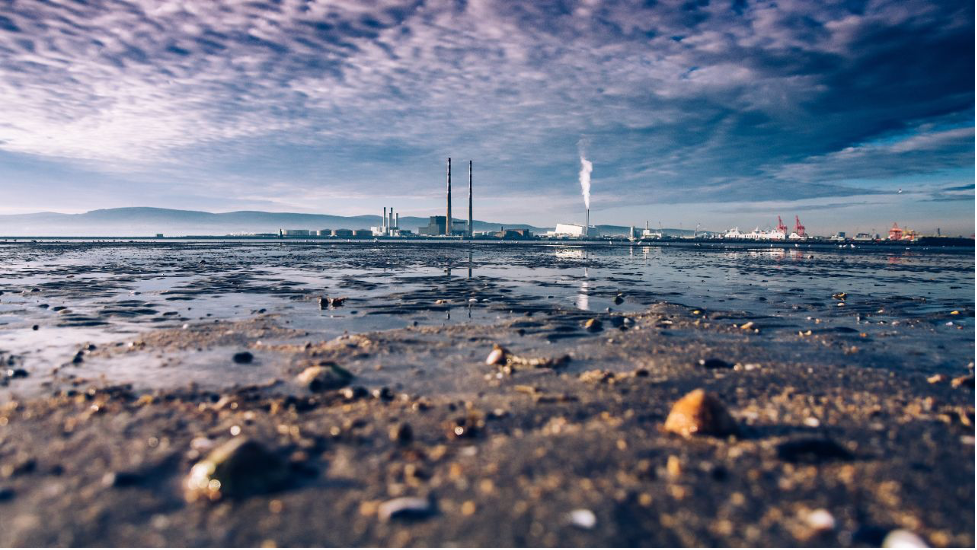 The Effect of Unprincipled Agriculture on Greenhouse Gases

During the last few decades, the planet has witnessed an unprecedented warming process and its temperature is constantly increasing. The main cause of this warming period is the emission of greenhouse gases created by human activities into the earth’s atmosphere. Gases around the earth increase the temperature of the earth by trapping heat waves. The agricultural sector has a great impact on the increase of greenhouse gases. Carbon (CO2) and methane (CH4) are the most important greenhouse gases that are closely related to the carbon cycle in the soil. One of the factors that increase the amount of methane in the atmosphere is the increase in the cultivation of rice and paddy fields. It should be mentioned that rice fields alone are the source of more than 50% of the produced atmospheric methane. 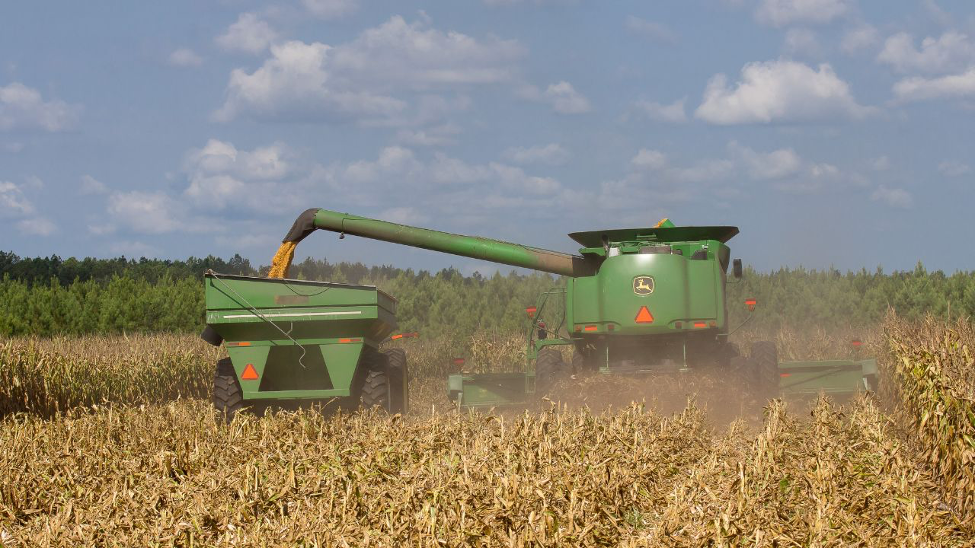 Careful Farming and the Benefit of the Environment!

Indiscriminate or incorrect use of pesticides and agricultural fertilizers has caused damage to agricultural ecosystems and reduced the quantity/quality of agricultural products. On the other hand, as mentioned above, conventional but unprincipled methods in agriculture cause irreparable damage to different parts of the environment. Therefore, it is necessary to look for new methods in farm management, through which it is possible to optimize the consumption of inputs and increase the agricultural performance and the economic efficiency of agricultural land.

How Can Precision Agriculture Help Bring Some Order to this Ecological Mess?

Precision agriculture, as a new concept in today’s agriculture, is the use of tools and data through which a farmer identifies changes and non-uniformities within the farm and achieves farm management. In fact, precision agriculture comes into play before planting, using information technology to divide the field into smaller units. Then it determines the status and indicators of each unit so that the farmer can apply the inputs in the exact place of the land and in this way save on the consumption of inputs. This will increase crop productivity and produce more food, and on the other hand, reduce agricultural waste and destructive ecosystem effects caused by excessive consumption of inputs. 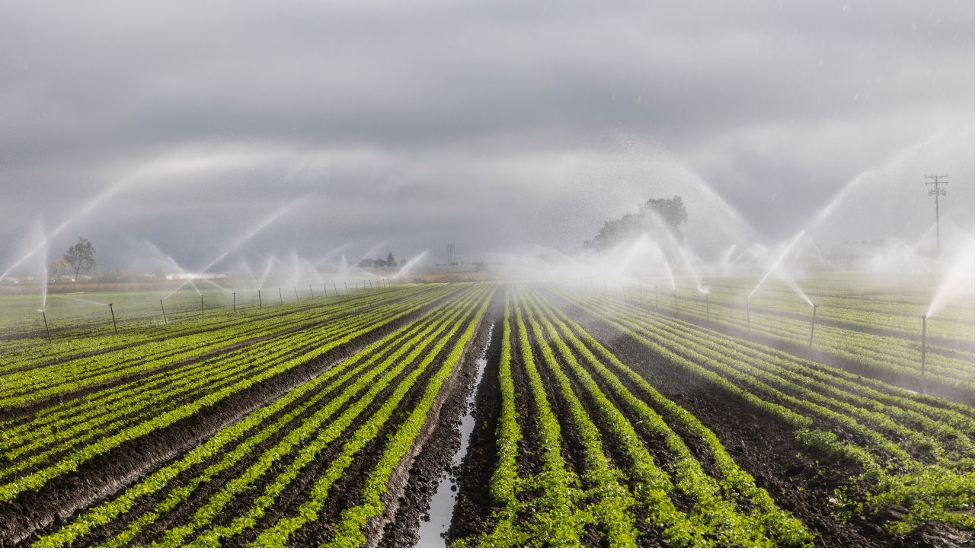 By switching to precision agriculture, the soil will need fewer tillage operations and as a result, rapid soil erosion will be prevented, and the soil structure of agricultural land will be improved. Careful farm management can prevent the entry of chemicals into rivers and subsoil layers and the destruction of soil organisms to a large extent. Precision agricultural tools, such as weed maps, phenology indices, topographic maps, and delineation, can play a significant role in the proper management of pest and weed control and prevention of damage and loss of ecosystems, meaning that crop producers using these tools can detect the best time to fight against pests and weeds and know how much pesticides are needed in which area of the farm. All these factors play an essential role in preserving the environment and securing human food.

Precision Agriculture: Are We Helping the Environment?
November 23, 2022
The New Frontier of Weed Control: Ecological Cognition
August 22, 2022
Smart Agriculture: How Digital World is Changing Farming for the Better
May 30, 2022